The teddy bear is a universal toy, as it is close to the hearts of girls and boys, men and women. Just who hasn’t had their own teddy bear completely in their life? This time we present you with the top 10 most expensive teddy bears, which just smell like money.

Here are the ranking of the top 10 most expensive teddy bears in the world.

This was the childhood bear of Mary Vernon Pegge born 24 September 1903 at the Elms, Briton Ferry, Wales. This teddy bear having been with her all her life.

As the name suggests, this teddy bear can actually hold a tiny hot water bottle in the opening on the front of this teddy. Steiff produced these bears around 1907, but they never really caught on halting further production. Their rarity is has bumped up their worth, with one selling for 31,200 pounds or $40,358.

Even $ 55,000 is a huge sum, at least as far as teddy bears are concerned. Steiff’s merry mohair bear was produced as far back as 1926. In 1989, it was bought by Paul Volpp and given to his wife Rosemary for the 42nd wedding anniversary and a sign of endless love.

The teddy bear, made by Steiff in 1925, is the 8th most expensive teddy bear in the world. Because of the differently colored halves of his face, he was named Harlequin.

It is assumed that Elliot was produced as a sample for the British department store, Harold’s. He would have been one of six different colored bears in the sample production. Unfortunately, Elliot never went on to full production, making any surviving examples extremely rare.

Another prestigiously expensive teddy bear produced by the German toy house Steiff . Gold muzzle, sapphires and diamonds in place of eyes, fur interwoven with gold threads. This is what a teddy bear made by Steiff on the 125th anniversary of its successful operation looks like. There are only 125 collector pieces in the world.

This Supreme x Louis Vuitton teddy bear is the pinnacle of fashion royalty branding and it went via auction overnight for a cool $106,016.08.

As it stands, full proceeds from its final price will be used to benefit the BBC Children in Need — an organization aiming to ensure every child in the UK has a safe, happy and secure environment in which to grow. The doll is 100% authentic and certified from BBC Children in Need.

In 1912, the first black fur Steiff teddies were manufactured to be given as mourning gifts after the sinking of the Titanic. They were made in five different sizes and only 665 bears were produced. In 2000, one of the mourning bears sold for $136,000 to the Puppenhaus Museum in Switzerland, according to The Telegraph.

When Colonel Bob Henderson was born in 1905, he was gifted with the Teddy Girl bear. During his successful career as Colonel in the British Army, he was sure to keep his favorite bear alongside himself. After Henderson had passed away in 1990, his Teddy Girl was sold at auction for over $143,000 in 1994, which is a record, according to Reuters.

The second most expensive teddy bear in the world was made independently by fashion mogul Louis Vuitton. This teddy bear was created to celebrate the 150th anniversary of the LV brand. There are only 500 specimens of bears with the cute name DouDou. It was for sale in Monaco, the city of the rich.

The teddy bear, which was created by the moguls Louis Vuitton and Steiff, is the most expensive teddy bear in the world, as we have not yet recorded the existence of another teddy bear that would sell so well at auctions. The world-renowned fashion brand and toy manufacturer have worked together to create a teddy bear that exudes elegance and prestige.

In 2000, the bear was sold at auction in Monaco, where it was bought by Korean Jessie Kim. It can currently be viewed at the Teddy Bear Museum in the Korean city of Jeju. 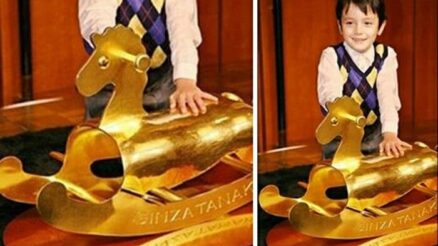 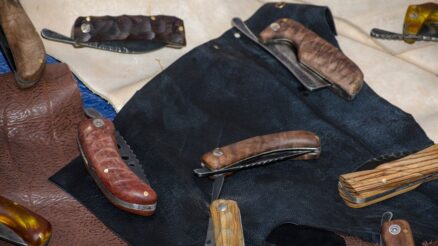