Though funerals are more so about grief, they are also a shot at the portrayal of extravaganza and luxury. While for some its mere exaggeration, for some burying their loved ones in the most luxurious caskets has more emotional sentiments.

While a regular casket can cost around $1000, people have been seen to spend $40,000 too. As surprising as it sounds, there are caskets out there with such heavy price tags that one cannot even fathom.

Here are the top 10 most expensive caskets we’ve found in the world.

One of the productions of Star Legacy is the Sterling Deluxe Stainless Steel Casket, which also happens to be the most of their most expensive production to date. Covered with a shade of powder blue, the casket speaks all of elegance and class.

Its interior is layered with white brush finish. Made from the finest of materials, the casket is undoubtedly one of the most luscious productions and thus, the hefty price tag.

Coming from the same line, Star Legacy includes another casket, the Copper Deluxe casket, which has stolen the glares of many. Made from copper on the outside, the casket has a rich feel to it and the consistency of the copper finish takes it up by a billion notches.

Not only is the casket environment friendly but also holds a non-rusting material that has attracted many over the years.

A widely popular band, Kiss, was famous in their time for their statement pieces and so, the Kiss Casket stands yet another extravagant casket. The casket currently holds the rock guitarist Darrel Abbott and held an initial cost of $4,000 at its initial production.

The highlight of the casket is the eminent pictures of the band that the casket is adorned with, signifying the brand’s victorious history.

Initially chosen as the casket that was to hold the American President John F. Kennedy, the casket currently sits deep in the Atlantic Ocean. The casket was used to handle the President’s body and thus, doesn’t hold the President himself.

The former president dreamed of being buried deep beneath the Atlantic and so, the casket lies there. USAF watched the drop point for minutes to ensure that the casket did not resurface, highlighting is the grandeur that another soul on this earth won’t ever seek.

This particular one has more to do with the size of Wadlow than with the extravagant spending. Being 8 feet and 11 inches while he passed away, Wadlow had gotten a casket customized. Though the casket was much like any other wooden caskets, it’s the size that contributed to the heavy spending. The casket has a weight of around 1000 pounds, and it took a dozen people to put it in place; hence justifying the price.

Traditionally designed by a company in Washington, the bronze casket embodies a bronze coat around its rails. With a white velvet interior, the casket also holds a distinct feature of a memory tube, so that the person buried may be recognized at the time of retrieval. With multiple options in brushes, the Hallmark Bronze Casket is a rich one that harbors great work.

One of the finest Jewish finishes, the casket is made of wood and embodies an elegant red velvet interior that highlights its grace. As per Jewish beliefs, the casket was put to use as soon as it was prepared and didn’t spend much time in the market.

This one speaks all of royalty and poise. The king of pop, Michael Jackson is held in this gorgeous Promethean casket, which ranked third on the list of the most expensive caskets in the world.

Made of solid bronze and gracefully plated with 14k gold, the casket is as royal as it can get. The blue velvet interior complements the exterior well and the casket has in fact been in the market even before the death of the king of pop.

The Xiao En Center Casket was handcrafted to perfection in Kuala Lampur. Made from mahogany wood, the casket is a piece of art with intricate details covering the length of the casket. With its maroon velvet interior, the casket was all about posh and thus, attracted businessmen from all over the world. An adjustable headrest is one of the many prominent features of the casket amongst its thoughtful and artistic design.

The Xiao En Center Casket is the second most expensive casket available on the market. Each luxury coffin is priced at $36,400.

The most expensive caskets of all, The Golden Casket is made from 24-carat gold and still remains unused. The Golden Casket was extended out to Gabor as a token of the celebration of her recovery and to date, remains as grand as it was on the day it was created.

The same coffin can be purchased at Golden Casket Company, with a retail price of $40,000.

History tells us that expensive caskets have been a trend for as long as we can remember. From high-end models to presidents, there are caskets out there that price way more than our bank balances and while sentiments are often attached with the gesture, it is also often a mere portrayal of money. 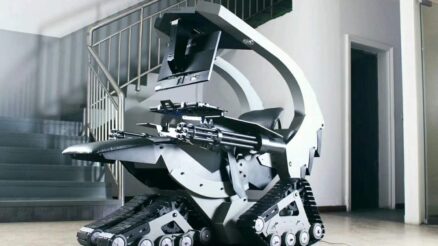 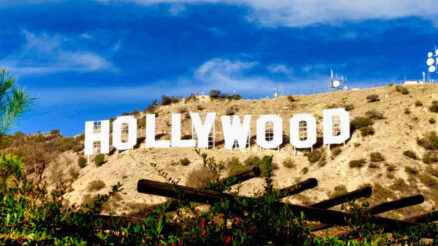