The furniture is an essential part of everyone’s home. Without it, the place would only be empty walls and halls. Sofas, chairs, and all the other pieces will make the place comfortable and good-looking.

There are dozens of different architectural and designer styles which people follow when they are arranging their homes. From old French royal style to mid-century modern furniture to futuristic interior design that is out of this world – all these are still available.

It depends on what kind of style a person prefers. There’s everything in stores today. Some of the items are more affordable; others are pricey. When it comes to a great piece of furniture, some people do not feel sorry for their money. They are ready to spend everything on them.

We’re starting the list with this enormous cabinet made between 1755 and 1760 By the famous Thomas Chippendale. It was a masterpiece for its time and was made for the Dukes of Ormonde to display their Chinese porcelain items.

Today it is worth millions. The last time it was put to an auction was in 2008, when at Christie’s, it reached a price of 3.9 million. Knowing the uniqueness and quality of its work, the item will surely reach a much higher price the next time it is offered.

A simple tea table made of wood. Its price $4.6 million. The Tufft table was crafted in 1700, more than 320 years ago. Still standing today as no time has passed. Now think about that cheap table you bought three years ago and is already shaking like it’s done.

A store owner in New Jersey ordered the table. It was delivered as promised, and the rococo table was last auctioned at Christie’s in Philadelphia for the enormous price we mentioned above. Talking about high-class quality furniture, right?

The commode used to be an essential part of wealthy homes. This particular one, called the Harrington commode, was designed by Thomas Chippendale in 1770. It is a chest of drawers that used to have tremendous value for families using it, and it also looked marvelous.

Today, this carefully crafted furniture has no true value for the home, but it’s a piece of furniture that has enormous financial value. In 2010 it became the most expensive English furniture ever sold when it reached a price of $5.9 million at a Sotheby’s auction in London.

In 1760, seven of these secretary desks were produced, and this one was nicely preserved to this day. Back in 1989, The New York Times wrote a short article on it because it was sold at an auction for a whopping price of $12.1 million.

An antique dealer bought it for this price, which means its price is much higher today. If someone puts it in an auction, they might go for at least double this amount. The desk was made of wood and may not be anything special, but the rarity and the perseverance make it highly valuable.

The famous Yves Saint Lauren owned the Dragon’s chair. Made by the Irish designer Eileen Gray, this is a staggering piece of furniture that looks just exactly as it is priced. It’s outstanding.

After Saint Lauren died in 2008, the armchair was put to auction at Christie’s, where it reached a price of $27.8 million. You can expect this piece to go even higher the next time its current owner decides to sell it.

The Badminton chest, originally made for the Duke of Beauford in the first half of the 18th century, is a drawer cabinet that is much more than an ordinary piece of furniture. Six different experts developed it over six years. The duke believed that precious things were not built quickly, thus the time for production.

Originally created and transported from Florence, Italy, the chest was sold by the duke’s descendants in 2014 for a staggering price of $36.7 million and is now part of the museum in Lichtenstein.

These six pieces of furniture are extraordinary. They are so fabulous and unique that their prices are merely a momentary look at their worth. You may say they are priceless by their value, as their historical importance is incomparable to anything else. Collectors from all over the world would love to have them in their possession. 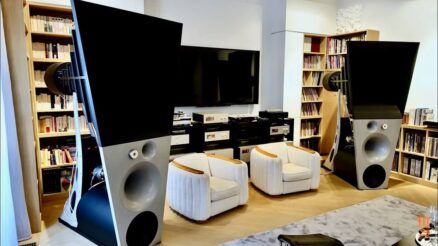